Due to personal issues of the second developer on the team, I ended up writing the entire code base on my own. I was assisted by 3 artists, who made the 3D models.

The player drives around in what is essentially a tank. It has animated tracks, which are animated based on the speed of the player. 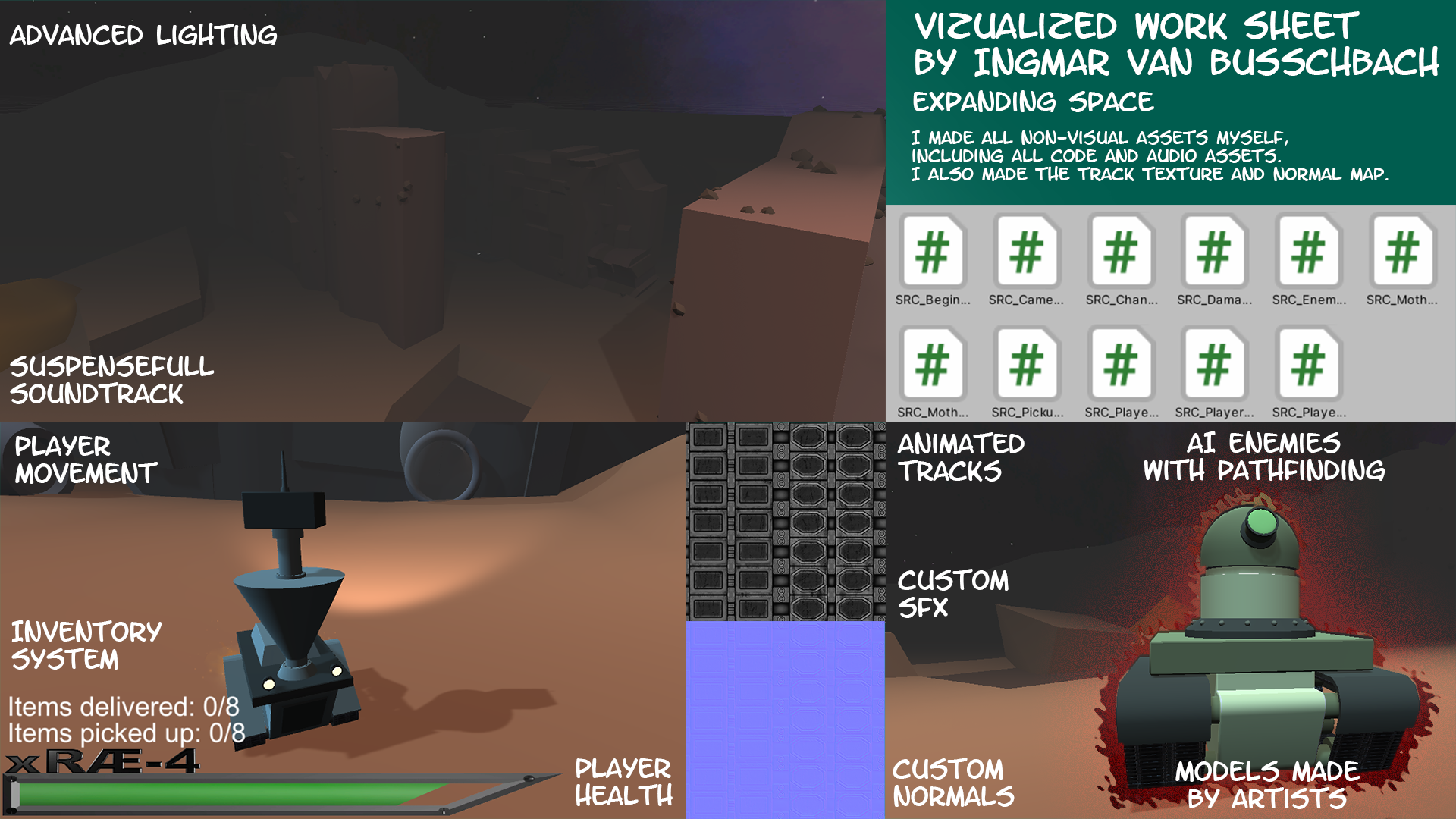 The player is a survivor of a crash. To leave the planet, they have to repair the ship with parts that landed near the crash site and deliver them to the mothership. However, they are not alone

The player gets chased by a competing tank-like vehicle, as well as an alien UFO. They automatically navigate the level and avoid obstacles.

For this project, I wrote a custom soundtrack.